Tails from the Front Line

Gatesville, TX, January 31, 2011 – Guardian Angels for Soldier’s Pet announced that they have officially gone into a partnership with rising country artist Lucas Hoge as their official spokesperson.

“I am honored to be working with Guardian Angels for Soldier’s Pet,” said Hoge. “I’ve made a commitment to supporting our troops and animals over the years, and to find an organization that combines these passions was a perfect match.”
Focused on supporting our men and women in uniform who are serving overseas, the organization has reunited over 104 pets with their military service members after a deployment to harm’s way. They do this through the generous support of volunteers and a network of over 2,500 potential foster homes across the country. 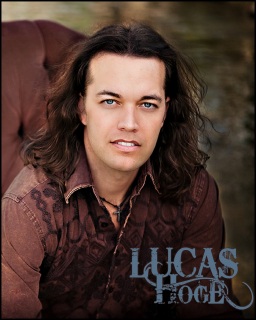 “We are thrilled that Lucas is joining our cause and helping to get the word out,” said Linda Spurlin-Dominik, founder and CEO of Guardian Angels for Soldier’s Pet. “The passion that he has towards our military and animals is identical to our organization and we look forward to working with him.”

Lucas will help promote the organization to help spread the word about our mission. Lucas will also attend and promote organization’s events, fundraisers and media opportunities when available.

Lucas Hoge a rising country music artist and TV star. Since arriving in Nashville 10 years ago, Lucas has recorded two acclaimed country CDs, had an original song featured on the WB’s Superman show “Smallville”, scored an entire HBO series, and “If Only I Could”, “Dirt” and “Get The Door” have won several music awards.

“My favorite place to write is when I’m on the road” Lucas says, while traveling to Iraq, Kuwait and Kosovo to perform for the troops he wrote “Medal Of Honor” which is featured on the Music For Our Troops CD. Lucas will head to the Middle East over Memorial Day 2011 with American300 Warrior Tours and Armed Forces Entertainment. Lucas is also working with Not Alone, an organization that helps soldiers adjust to life after war.

Lucas was recently featured on The Today Show, Inside Edition, the Daily Buzz, Fox 17, Tennessee Mornings, Daytime TV and more to promote his TV show “Last Chance Highway” which is seen in over 30 million homes each week on Animal Planet. Lucas also penned and performs the shows theme song, which is now available on iTunes.

About Guardian Angels for Soldier’s Pet:

Guardian Angels for Soldier’s Pet is an ALL volunteer 501(c)(3) non-profit military support organization supporting military service members, veterans and their beloved pets through their “Foster Home” and “Military Pet Assistance” programs aimed at reuniting the pet(s) and owners following deployment or an emergency hardship. For more information on providing a foster home, becoming a volunteer, or making a donation to Guardian Angels for Soldier’s Pet, please visit http://www.guardianangelsforsoldierspet.org/.